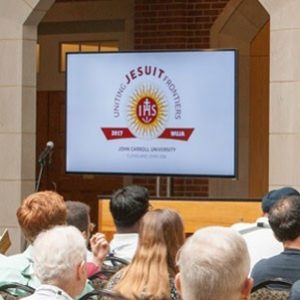 “Go forth and set the world on fire.” Students at Jesuit schools hear this over and over, but out in the real world, after graduation, it can be easy to feel like you’re living the Ignatian values alone. Every four years, the World Union of Jesuit Alumni (WUJA) brings together Jesuit friends and alumni for an international Congress demonstrating that no matter where you go, you’re never too far from “men and women for others.”

This year’s Congress, held for the first time ever in North America at John Carroll University in Cleveland, gathered around 500 people representing Jesuit schools, parishes and ministries from June 28-July 2. The official theme was “Uniting Our Jesuit Frontiers.” 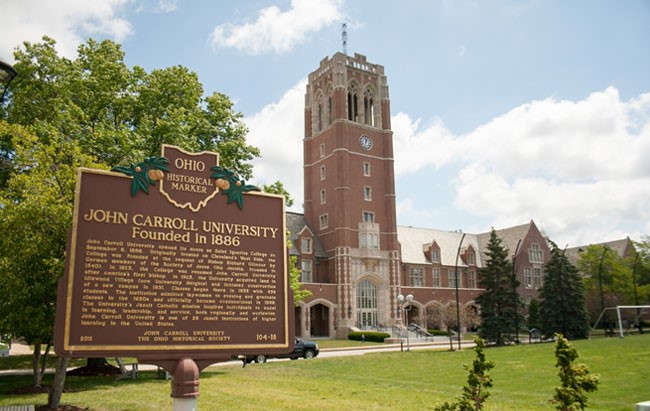 John Carroll University in Cleveland, the host of WUJA 2017.

WUJA was founded in 1956 in Bilbao, Spain, to commemorate the 400th anniversary of the death of St. Ignatius Loyola, the founder of the Society of Jesus. The organization gathers Jesuit alumni to build international networks and to discern how to promote peace and justice in a global and sustainable world. 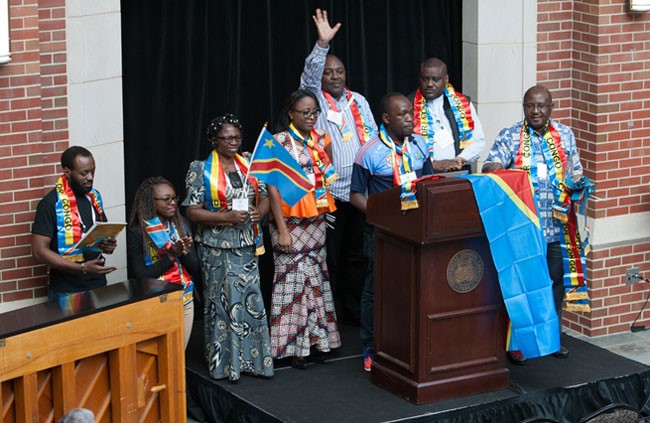 The WUJA delegation from the Democratic Republic of Congo invited participants to share in their independence day celebration on June 30.

The three-day program featured about 60 speakers and 30 breakout sessions on topics ranging from the arts, business, medical science and law to spirituality, service and leadership. 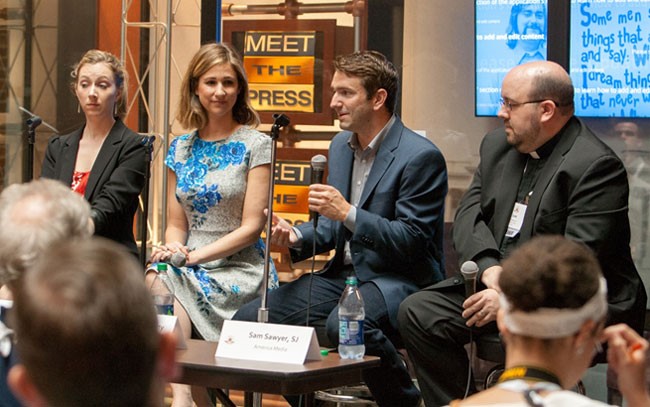 “As graduates and supporters of Jesuit institutions, we are called to care deeply for the world, especially for those on the frontiers or margins,” the organization said in a press release. “Attendees will build international relationships through learning, sharing and celebrating this special call.”

Most notably, Jesuit Superior General Fr. Arturo Sosa, SJ, gave a keynote speech and question-and-answer session via video feed from Rome. “We are called to an attitude of encountering, getting out of our normal way of doing things, figuring out how to reach people where they are,” he told attendees. 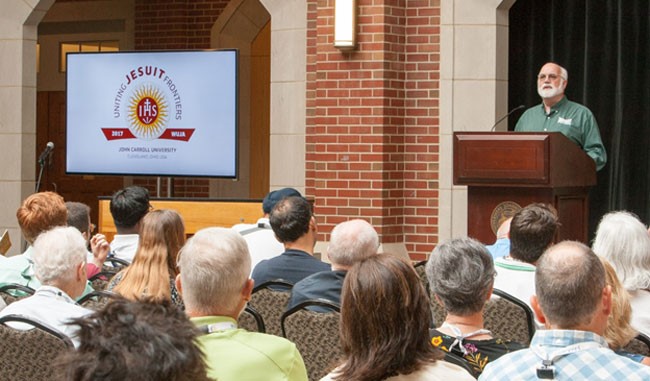 A Jesuit ministries fair included booths offering opportunities to learn more about organizations such as Jesuit Refugee Service, Loyola Press and the Ignatian Solidarity Network. Daily liturgy services were held at the Gesu Parish adjacent to campus, as well as nondenominational meditation sessions and morning prayer. 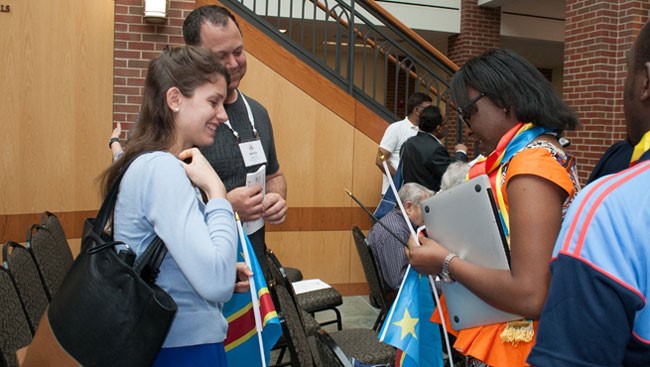 The delegation from the Democratic Republic of Congo handed out flags to the audience in celebration of the DRC independence day.

Lowney, author of “Heroic Leadership: Best Practices from a 450-Year-Old Company that Changed the World,” asked the audience for examples of good leaders, then turned the question on its head. “There is a problem with the way we think about leaders. Frequently, when we think of good leaders, we think of famous people,” Lowney said. “We should be thinking about ordinary people like you and me.”

After each speaker and breakout session, reflection and discernment sections in English, Spanish and French were held twice daily to encourage discussions. 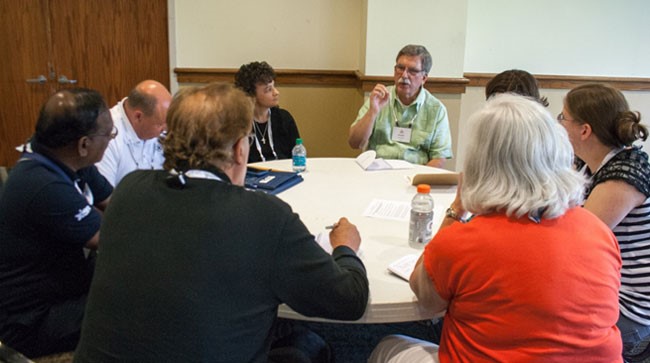 “WUJA reminds me a lot of the Ignatian Family Teach-In and how it addresses social justice issues and helps people learn,” said Faith Harris, a student from Wheeling Jesuit University in West Virginia.

Participants enjoyed spending time together at events, including a dinner and social with local Cleveland food trucks, a night at the Rock and Roll Hall of Fame, a minor league baseball game and an evening with the Cleveland BlueWater Chamber Orchestra and Cleveland Chamber Choir. 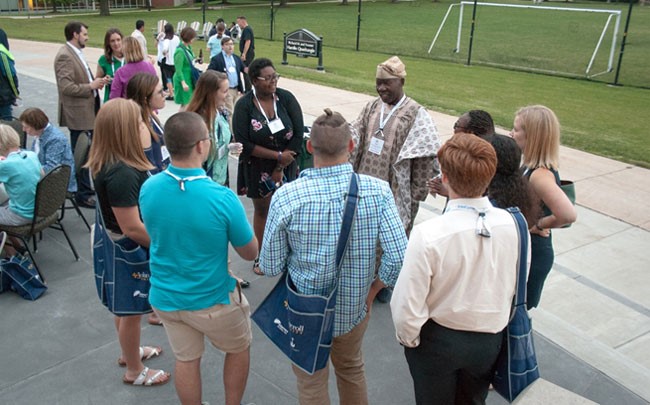 WUJA participants from Wheeling Jesuit University meet the chairman of the Council for Renewable Energy in Nigeria.

“Being an undergraduate student, it’s awesome to see that people who have already graduated still have the same action and enthusiasm surrounding being Jesuit educated that I do,” said Lauren Dickerson, a student at Wheeling Jesuit University. “Being such a young age while a lot of these people are already in their careers and living Jesuit spirituality through their careers, it’s nice to see how I can do it too.”