Dear Members of the General Assembly,

I thank you for the occasion you give me to say a few words to you. As we all know, OMAEC is a two-dimensional structure and consists of geographical constituencies as well as congregational networks.

Strangely enough, one of the best known of these congressional networks has been absent of this organisation since a long time.

The World Union of Jesuit Alumni (that we affectionately abbreviate in WUJA) actually withdrew from OMAEC a long time ago, back in 2002. That was before my time in the Council of WUJA.

At that time, several factors played a role. Beyond inevitable quarrels of persons, who have all gone away now, WUJA addressed two issues. Was OMAEC sufficiently representative worldwide? And was OMAEC enough autonomous versus the Vatican?

Last year, in this very City of Rome, we received satisfying responses on these two issues. First, it is now a fact when we look at a map of its presence in the world that OMAEC is much more than the European affair it might have been during long years. For us, this was great news as WUJA is a body where at least four continents or subcontinents are strongholds of our movement. Beside Europe, we have cohorts of Alumni in North America and Latin America, but also more and more in India, without forgetting a lesser but real presence in the rest of Asia and in Africa.

We are glad to see that it is now also the case of OMAEC.

Secondly, on the issue of autonomy, WUJA has had and still has a good reason to wish a greater freedom from the Vatican. Not that we would not be mainly a Catholic organization, but the fact is that we have in our schools, colleges and universities, beside Catholics, all varieties of the Christian faith, but also hindus and muslims, without speaking about agnostics, atheists and indifferent people, especially in our secular Europe. The mere possibility to receive ‘instructions’ seemed for us to be rather problematic.

We understand that OMAEC, while still maintaining strong ties with the Holy See, which we find rejoicing, is now enjoying some distance with it.

With these two subjects of concern now lifted, we are happy to announce that the Council of the World Union of Jesuit Alumni has decided to reintegrate the body of OMAEC and to participate in its future activities to the extent of its possibilities.

Thank you for welcoming us again. And ad multos annos hopefully this time! 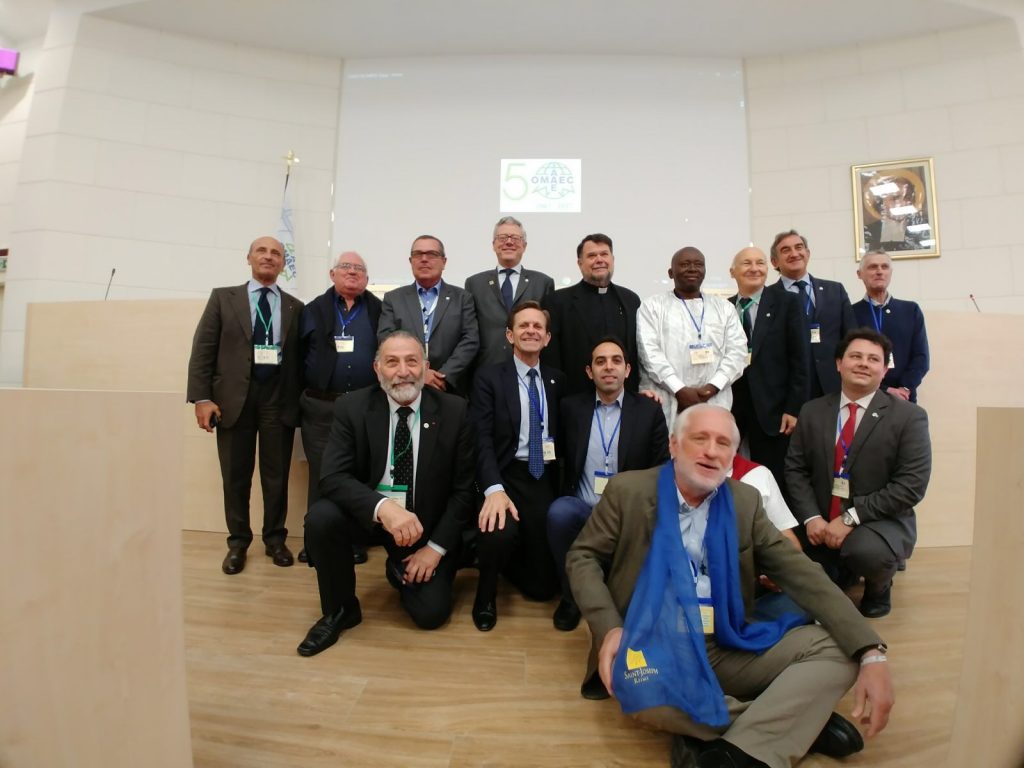