Major lines for the action and the management of WUJA are set by a Council, composed of the Executive Committee and fourteen representatives of the nine geographical areas of the organization.

The Council and the Executive Committee are appointed by a General Assembly which comes together every four years and is made up one representative per country that counts one or several associations affiliated to WUJA.
Statutes 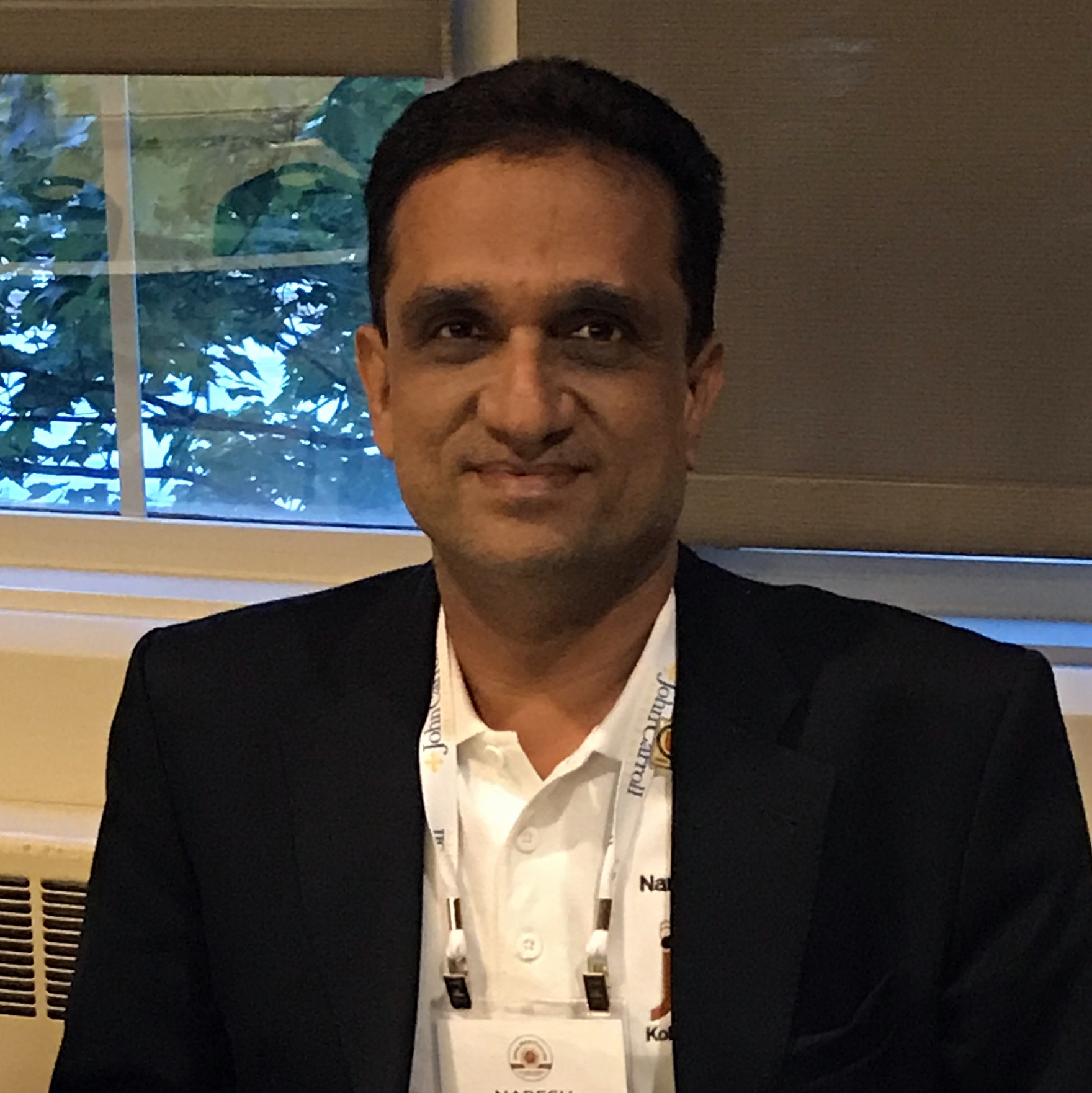 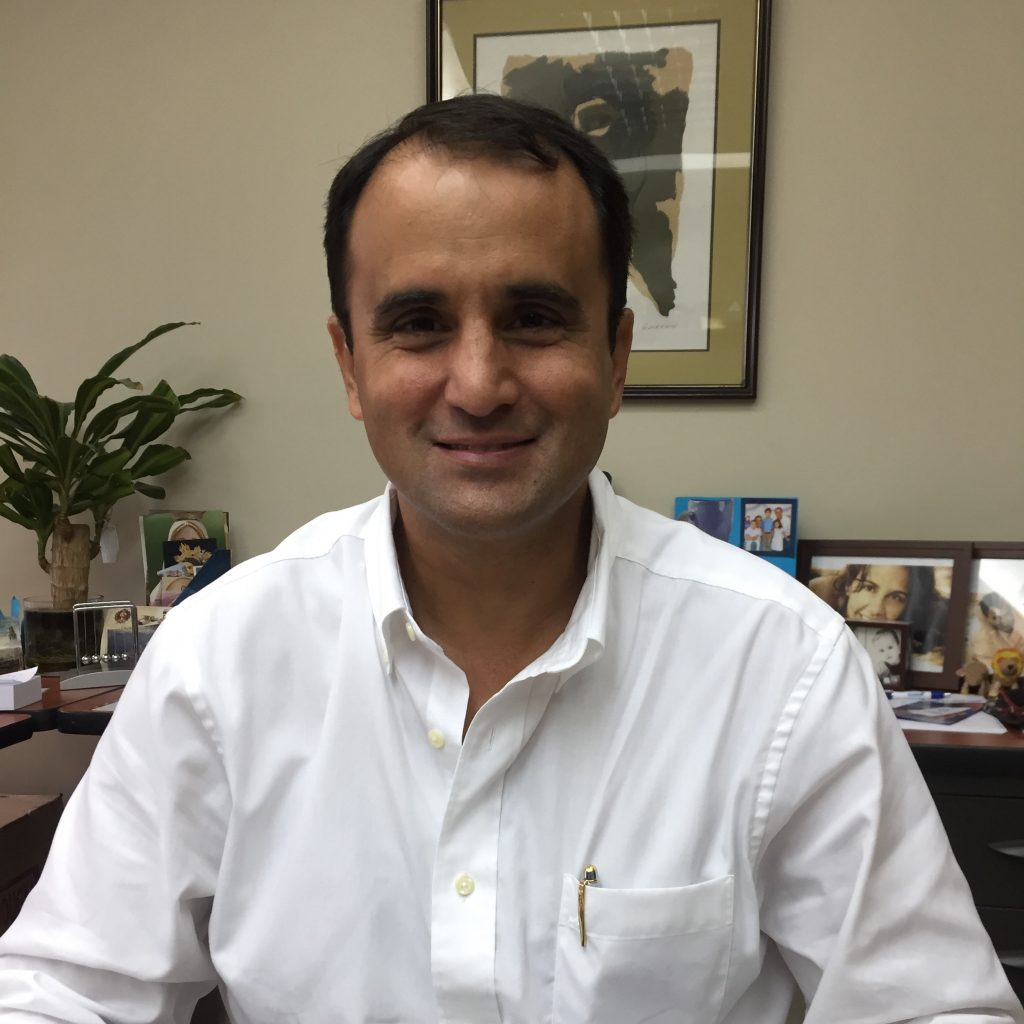 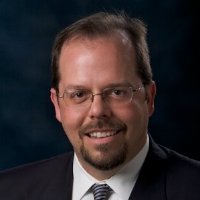 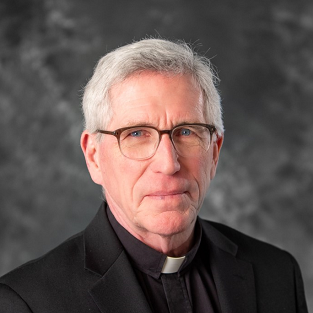 Vice President for Mission and Identity at Brophy College Prep 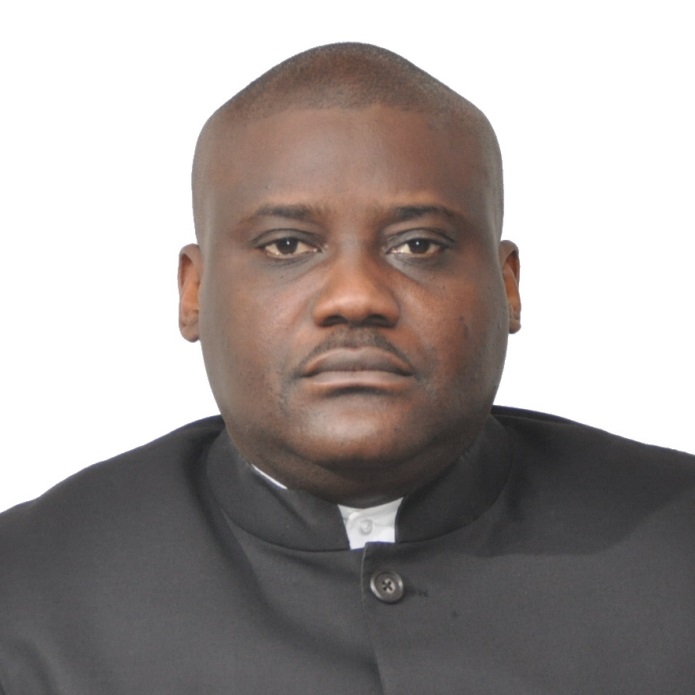 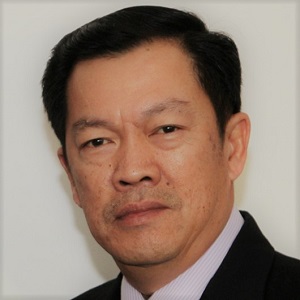 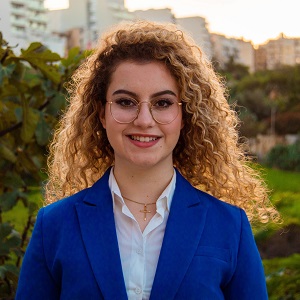 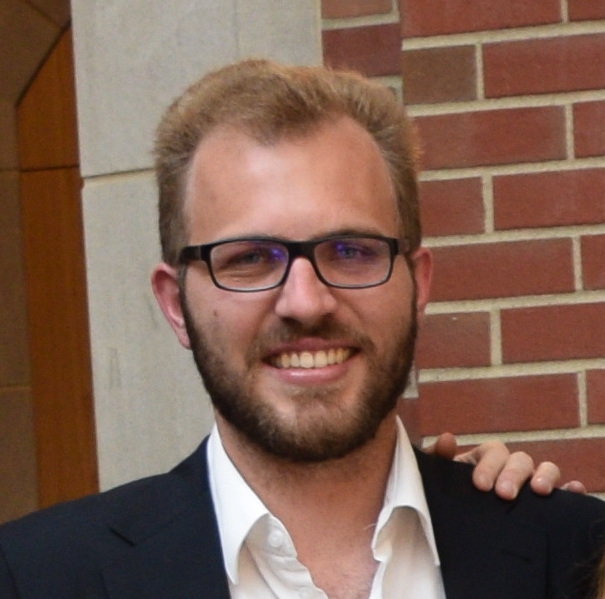 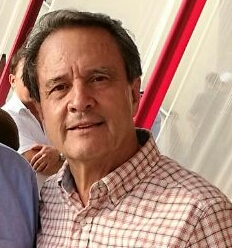 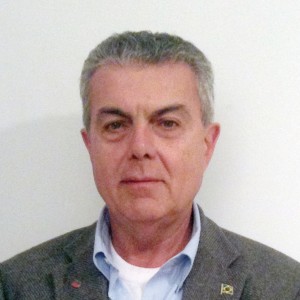 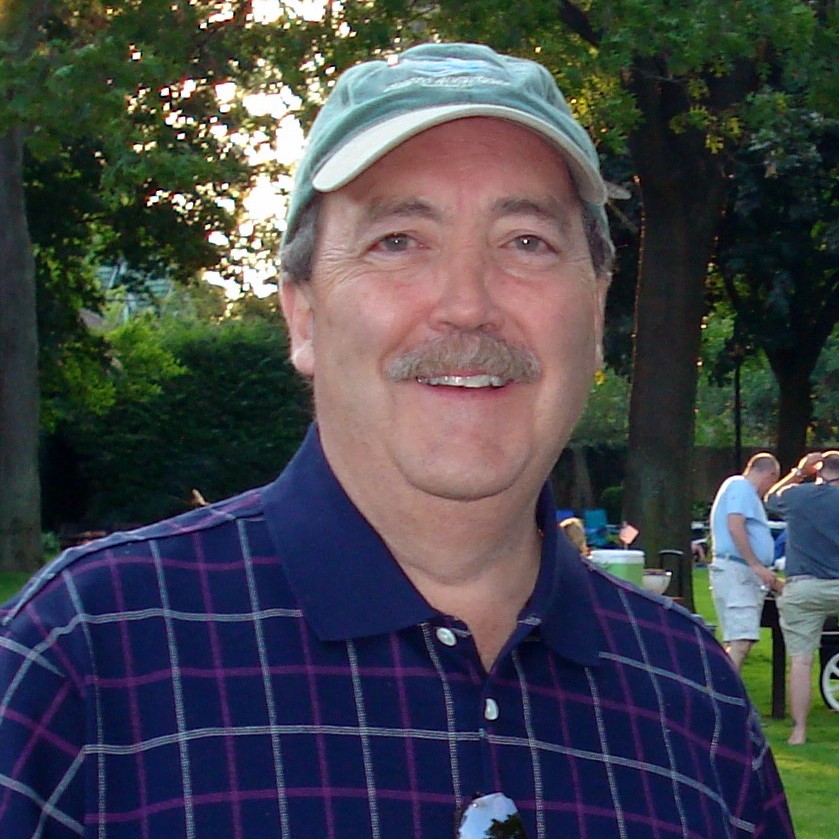 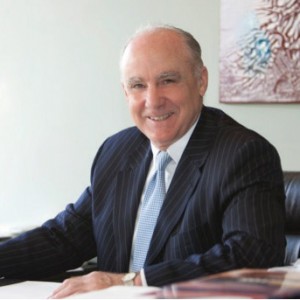 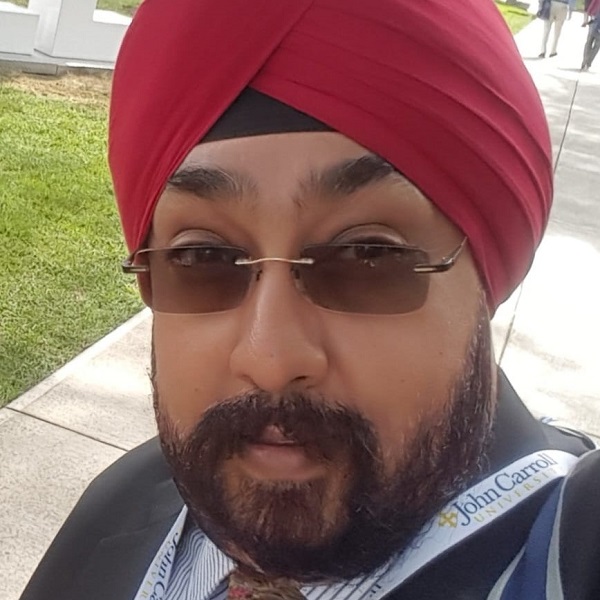 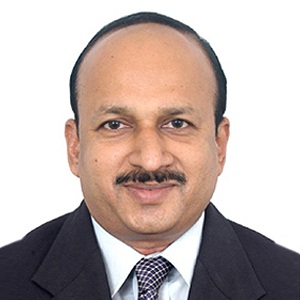 Between the undersigned […] a non-profit making society is set up governed by these statutes and by the 21 April 1924 Luxembourg act on non-profit-making societies and foundations.

The emblem of the World Union and of all its member organisations comprises the coat of arms of Loyola.

The World Union is set up for unlimited duration.

The World Union is an international society with spiritual, cultural and social purposes. It can carry out its activity in every country. Its officers and Council can meet either in its registered office or in any other place in the world. The World Union’s objectives are the following:

The World Union will achieve these objectives partly by its own means, partly by supporting the initiatives of the local associations.

Full membership of the World Union is open to all associations of former students of educational institutions of the Society of Jesus or of Ignatian inspiration that accept these statutes. This membership can be obtained either directly or through national groupings, federations or confederations.

Individual membership of t]he World Union is available to alumni/ae of the above educational institutions.

On its side, the Society of Jesus can cease to recognise an association which no longer retains the Jesuit character.

The General Assembly normally meets on the occasion of the Congress. In addition, it meets when the Council or a fifth of member associations asks for it; the Council then decides when and where it will be held.

The President convenes the General Assembly and sets its agenda which must include any proposition coming from at least a twentieth of full members. The notice, comprising the agenda, is addressed to all member associations. In case of necessity or urgency, the General Assembly may be convened virtually and may meet using a videoconference platform allowing for full interactivity. The necessity and urgency shall be determined by the Council through the issuance of a regulation that shall additionally regulate all the formalities for holding its virtual meetings.

Points a) to d) are subject to simple majority vote, e) to g) to a two-thirds majority vote. Besides, any modification of the statutes concerning the object of the World Union requires a majority of three-quarters.

Article 10: The President and the Vice-President

The President inspires and leads the Union on the basis of the objectives set up in these statutes and of the resolutions voted by the Congress. He represents the World Union. He appoints, on a proposal from the Secretary or from any member of the Council, permanent representatives of the World Union to international organisations to which it belongs. He is assisted by the Vice-President, who replaces him in case of temporary disability. In case of permanent disability or resignation or death, the Council elects a new president who remains in office until the following General Assembly. In the same cases and for the same mandate, the Council elects a new Vice-President.

The Secretary conducts the ordinary business of the Union. He keeps the list of member-associations and maintains contact with them. He drafts the minutes of the Executive Committee, Council and General Assembly meetings and maintains the archives of the Union. In co-operation with the Treasurer, he ensures that membership dues are collected. He helps the President to convene the General Assembly and to ensure that it is well run. He is responsible for disseminating the resolutions of the Congress. In the case of resignation, permanent disability or death, the Council elects a new secretary who carries out his duties until the following General Assembly.

Article 12: The Treasurer and Finance

The Treasurer is responsible to the Council for the Union’s assets. He manages its bank account, receives its financial resources, in particular annual dues, and makes the payments which fall on it. He keeps the accounts. Each calendar year, he submits to the Council the accounts of the last year and the budget of the following year. In case of resignation, permanent disability or death, the Council elects a new treasurer who remains in office until the following General Assembly.

The Council of the World Union is made of eighteen members:

* fourteen elected by the General Assembly on the basis of two each for Africa, Latin America, North America, Europe and South Asia and of one each for the Middle East, East Asia, South East Asia and Oceania. In the case of resignation, permanent disability or death of an elected member, the Council appoints a new member from the same region who remains in post until the following General Assembly.

The Council meets at the time of each congress and at least once in the interval between congresses. Its annual decisions are made using written communication. It is convened and chaired by the President and takes its decision by simple majority. The President has a casting vote in the case of equal division of the votes. In case of necessity or urgency, the Council may be convened virtually and may meet using a videoconference platform allowing for full interactivity. The necessity and urgency shall be determined by the Council through the issuance of a regulation that shall additionally regulate all the formalities for holding its virtual meetings.

The Council decides on the major action lines of the World Union such as are proposed by the President. It approves the budget and the accounts. If necessary, it elects persons responsible for carrying out on a provisional basis the duties of President, Vice-President, Secretary or Treasurer. Should the necessity arise, the Council is empowered to recruit a person or persons, paid or volunteer, to manage specific projects, including management of the day-to-day functions of the World Union, under specific terms of reference agreed by the Council prior to the recruitment of the person or persons. This person, or these persons, would report to the Council, which would retain responsibility for the projects, through the Executive Committee. It approves donations made to the World Union. In general, it has management and administrative powers, with due regards to prerogatives given to the General Assembly by article 9§4.

The World Union is assisted by a Jesuit priest who is appointed by the Superior General of the Society of Jesus and who acts as his delegate. He takes part, without voting right, in meetings of the Executive Committee, of the Council and of the General Assembly of the World Union and remains in close touch with the President and the Secretary. His role is to assure the relationship between the Union and the Society of Jesus in order to make known to Jesuit alumni/ae the Society’s priorities and to the Society the concerns of the Jesuit alumni/ae.

V. MODIFICATION AND INTERPRETATION OF THE STATUTES

Article 16: Modification of the statutes

Every member association and every member of the Council may propose modifications of the statutes. Proposals of modification must be sent to the Secretary at least 3 months before the following General Assembly. They are listed in the agenda of the General Assembly which decides on them by a two-thirds vote, three-quarters if it concerns the object of the World Union.

Article 17: Procedure for the implementation of the statutes

The Council approves, to the extent that may be required, the regulations for the implementation of the present statutes.

Article 18: Interpretation of the statutes

Problems in interpreting the provisions of the statutes are resolved by the Secretary, who proposes a solution to the Executive Committee which determines how the problem will be resolved in immediacy, including, if necessary, through a modification of these provisions to be submitted to the following General Assembly.

All terms of male gender used by these statutes to express qualifications (alumnus, President, etc.…) are to be considered as having an equal female value. The statutes are written in French, English and Spanish which are the three working languages of the World Union.

Regulation for implementing the statutes

Article 1: Convening of the General Assembly

The President of the World Union invites full voting members to the General Assembly provided for in Article 9 of the statutes eight months in advance in the WUJA Newsletter, on the website or by mail and asks them to put forward proposals for the agenda. These proposals must be received not less than three months in advance.

Article 2: Determination of voting rights in the General Assembly

Candidacies for the posts of officers of the World Union (president, vice-president, secretary and treasurer) and of regional members of the Council must be received in writing by the Secretary of the World Union three months in advance. They must be accompanied by the written support of the association to which the candidate belongs. Candidates for election to the Council must belong to the area which they intend to represent.

Article 4: Candidacies for the organisation of the following World Union Congress

A federation or an association belonging to the area in which, according to the statutes, the following congress is to take place, and wishing to organise this congress, shall send its candidacy to the Secretary of the World Union to be received at least six months before the General Assembly that will make the decision. The letter of candidacy must include the town chosen, the association(s) or federation that will take responsibility, a letter of support from the Jesuit Provincial responsible for the area and a brief outline of the organisation.

If no candidacy is received by the prescribed time, the Council will take over the responsibility for choosing an area and a location to organise the next scheduled congress. In its choice, the Council will consider the possibilities offered by the different areas of the rotation list established by the statutes. The President will notify the situation to the General Assembly. As soon as the Council has made its decision, it will be made public on the website and in the WUJA Newsletter. Candidacies for the hosting of the next World Union Congress will only be eligible for election if the totality of any outstanding dues including those of the year in which the General Assembly is held for the country to which they belong have been received by the Treasurer.