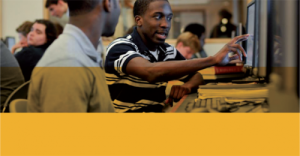 From July 29 through August 2, 2012, Boston was the theatre of an extraordinary event in the Jesuit-inspired community worldwide. For the first time in history delegates of Jesuit secondary schools gathered for the International Colloquium on Jesuit Secondary Education.

Masterly organized by a group of Alumni of Boston College High (BC High, the secondary school www.bchigh. edu), but hosted by the Boston College (the university college www.bc.edu) in its remarkable facilities, this event enjoyed a very professional communication, logistics and financing, under the expert lead of Dan Carmody, a young Alumnus of Boston College. The Colloquium was a four-day long event with a very successful balance of a dozen of keynote speeches and a real abundance of workshops (64 in total leaving many attendants with the frustration of not being able to attend more than… 4).

This profusion of new school projects, of innovative pedagogical initiatives, of best teaching practices, of reports of field experiences created in all participants a sense of pride, of exhilaration and of renewed commitment. By all standards, it was a meeting worth remembering, not only because of the numbers of delegates (700 out of which more than half were Jesuits!) and of schools represented (290 out of a total of 450 from 48 countries), but mainly because of the spirit that presided to this encounter.

Highlights were the speeches of Father Agbonkhianmeghe Orobator sj, provincial of the Eastern-Africa Province, whose speech had a title that already told volumes: ‘The first time I went to school, there was no school’… His intervention, or better said his performance, included a beautiful African song which he psalmodized which much gusto. A standing ovation crowned his inspirational speech. As much was awaiting Father Patrick Huang sj, regional assistant for Asia-Pacific, who in his one and a half hour speech, through describing its current organization, captured the very essence of the Society of Jesus of today.

Actually, I went to Boston to represent WUJA on this world stage and I delivered my address in front of the full audience. People were interested but also baffled to learn that WUJA existed for more than 50 years. Most of them had never heard about it. Not surprisingly, the delegates of US schools were a bit sceptical about our capacity to penetrate the US schools which, as we all know, manage themselves their Alumni and would resist affiliating to a world body of Alumni that could represent some kind of competition for their Alumni’s money…

I had the chance to meet with people of at least twenty different countries.

In all my conversations, I could feel a definite feeling of belonging surfacing, belonging to a worldwide body of Ignatian helpers aiming at creating a better world, but also to a worldwide network, without equivalent in the world, of schools inspired by Ignatian spirituality. As a matter of fact, the theme of networking ran through a lot of speeches. Father Daniel Villanueva sj, assistant director of the Foundation Entreculturas – Fe y Allegria in Spain, made a forceful impression in summarizing all the technologies available to the Jesuit school network (and in fact already used in many cases) that erase the physical distance that had so far been an obstacle to communication. Father José Mesa sj, secretary of the Society for pre-secondary and secondary education, even concluded the Colloquium by coining this formula: ‘Isolated schools won’t survive’. Indeed, Jesuit schools may well enjoy a good reputation, if they cannot connect among themselves in a global world, they will miss one of the most important pieces of teaching they can offer to their students: the openness to embrace a multicultural world and the tools to become leaders in the transformation of that world.

On one of the evenings, an Alumnus of BC High, was celebrated for his generous offering of 3 millions US dollars to help establish a global secretariat in charge of organizing exchanges of pupils between Jesuit schools worldwide, but also twinning relationships or virtual classroom experiences.

The colloquium was concluded by the adoption of a ‘vision statement’ from which we extract a phrase that reads like a conclusion: ‘Our commitment to networking as a universal body, and our call to the frontiers, comes from our awareness of the world and our desire to effectively help students face global challenges’ 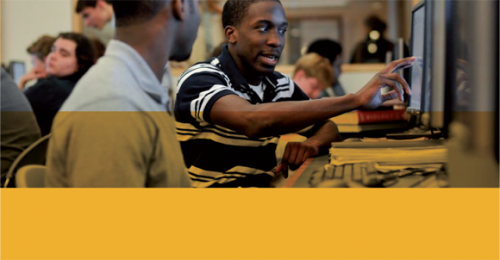