Having learned of the news of the death of Fr. Henri Madelin, sj. from coronavirus on Wednesday, April 8, 2020, at the age of 83, WUJA offers its most sincere condolences to the Centre Sèvres, of which he was president from 1985 to 1991; to the magazine Etudes, of which he was editor-in-chief from 1995 to 2004; as well as to the Society of Jesus, into which he entered in 1967, and particularly to the French-speaking Western European Province. Before the merger, he was Provincial Superior (Province of France) from 1979 to 1985. He is already the 10th Jesuit carried away since the beginning of the Covid-19 epidemic.

A week ago, we informed you of the tragic death of the Lebanese Jesuit priest Alexandre Bassili as a result of the coronavirus. Today, it is with a heavy heart that we share with you the news of the death of Father Henri Madelin, SJ, who died of the same illness on April 8, after two weeks of hospitalization in Lille. He was going to be 84 years old at the end of the month.

Henri Madelin was born in 1936 in Guebwiller in Alsace, at the foot of the Grand Ballon des Vosges, into a family of 9 children whose father was a water and forest engineer. When he was 3 years old, his family decided to leave the Haut-Rhin to settle on the banks of the Loire, in the former French capital of Blois. As war broke out, the family of Madelin, which was in the direct vicinity of the only bridge crossing the Loire, was, like others, panicked and decided to convoy down south. They spent a few weeks in the small village of Dun-le-Palestel, in the French department of Creuse, before returning to Blois. There they found their house occupied. In an interview he gave for the release of his latest book “Fortunes and Misfortunes of Authority”, he confided that he had been “an apparently obedient boy, more smiling than laughing, listening rather than questioning”; no doubt some Jesuit reflexes could already be seen before their time. 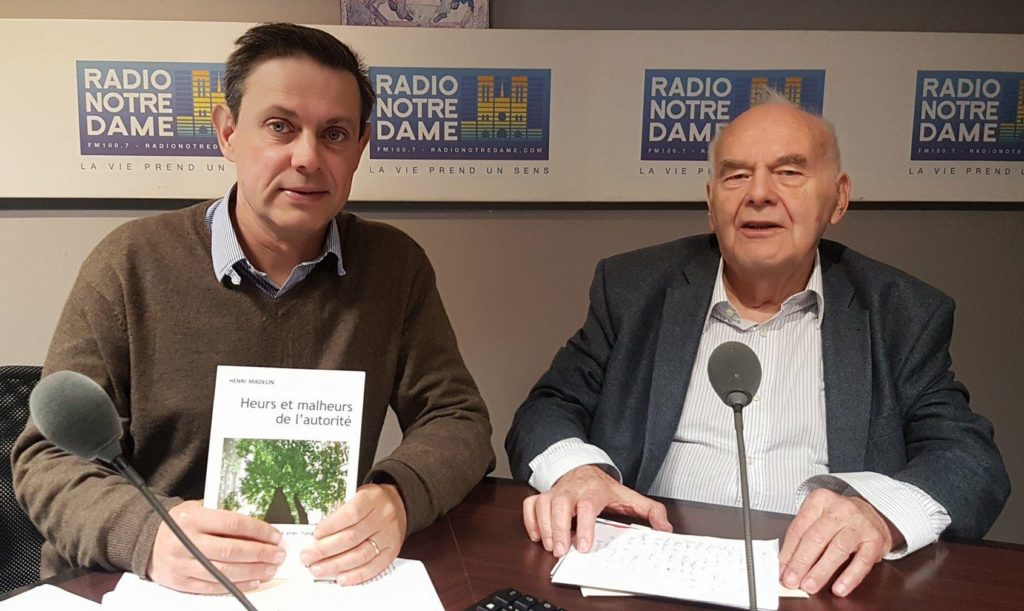 During the Second World War, Henri Madelin went to school in Blois and became a scout; it was with them that he returned to Alsace, ten years after leaving. The village had also changed: “Alsace is a land of ecumenism. (…) I myself met many Alsatians full of fervor when I was given responsibilities in the Europe under construction in Brussels and Strasbourg.”

Indeed, before joining the Company, Henri Madelin first studied at IEP Paris from where he graduated in 1956 with a law degree and a DES in political economy. It was this political expertise that would later take him to Brussels and Strasbourg, wearing the Roman collar. For, as he was preparing for the entrance exam to the ENA, he finally knocked at the door of the novitiate of the Society of Jesus. During his years of studies before he could be worthy of the famous title of “sj”, he left to study philosophy at the scholasticate of Vals-près-le-Puy, a suburb of Puy-en-Velay, prefecture of the department of Haute-Loire; then he went for two years to the Jesuit college Libermann in Douala, Cameroon’s economic capital city. He then returned to France to complete his studies at the theologate of Fourvière (Lyon), where he was ordained priest in 1967. The theologate of Fourvière and the philosophate of Chantilly have since merged (1974) to become the Centre Sèvres, located in Paris, of which Henri Madelin was director from 1985 to 1991.

Before coming to rue de Sèvres, he became director of Social Action in 1973, which has since become the CERAS (“Social Actions and Researches Center”). He also completed two doctorates, at the Sorbonne in 1971 and at IEP Paris in 1979. This also led him to become the national chaplain of the MCC (Mouvement Chrétien des Cadres et Dirigeants). The Province, of which he took the reins from 1979 to 1985, said of him that “his commitment testifies to the fact that the Christian faith is inseparable from a social and political commitment to justice; this commitment cannot be lived without intellectual depth. ”It was he who launched the “Youth Network” with the aim of relaunching the apostolate with young people.

A lecturer at the IEP Paris, he was also a teacher at the IES (Institute of Social Studies) of the Catholic Institute of Paris, and finally took over the direction of the Sèvres Centre, where, according to KTO, “he endeavored to continue the development of this place, at the service of a human, intellectual and spiritual formation, both rooted and open, of religious men and women and lay people, in the challenges of a changing world. » 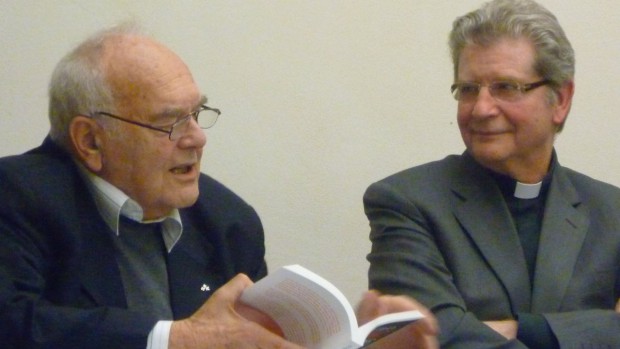 Recently, he has held various positions, including the one of editor-in-chief of the Jesuit journal ETVDES (“STVDIES” in English), which he took up in 1995. Passionate about political science and a master on the subject, he was appointed a member of the team of OCIPE (Catholic Office for Information and Initiative for Europe), located in Strasbourg, and is also an observer of the European Union in Brussels. There, he campaigns for the presence of the ethical debate in the European institutional construction. Since last summer, he has been living in Lille, within the Notre-Dame Community, at the Maison Saint-Jean, a retreat place for elderly Jesuit priests. Mgr. Ulrich, Archbishop of the capital of French Flanders, witness in LilleActu: “Another joy was to celebrate with him, at Saint-Ignace in Paris, the jubilee of his 50 years of priestly ordination three years ago. As an attentive observer of the social, cultural and political evolution of our world, he knew that the Christian word was critical of many societal choices, but also that the centuries-old Christian experience provided profound reasons to hope for renewals marked by justice and fraternity”. As for Father François Boëdec, superior of the French-speaking Jesuit Province of Western Europe, he described Henri Madelin as someone who “touched his companions by his capacity for adaptation and his modesty. Endowed with great benevolence, a man of faith and relationships, always attentive to the evolution of society, Henri put his human and intellectual qualities at the service of Christ, the Church and society.