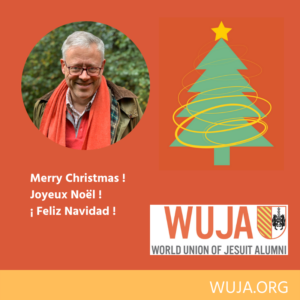 Christmas is a joy because it is the birth of a child, but also the birth of hope. This Christmas celebration at the end of the year 2020 takes on a special resonance because the year that is coming to an end was one of those that all of us, human brothers, will remember all our lives.

For many of us, this year will have been synonymous with difficulties of all kinds, economic, social and political, leading to the shutdown of entire sectors of the economy, with their procession of bankruptcies, unemployment and private and public debt. These disruptions of all kinds have been accompanied by human dramas, with some of our loved ones swept away by illness, with people isolated by health measures, with individuals and even entire societies challenged in their capacity for resilience. We have seen governments forced to react in an emergency, often in total improvisation, sometimes after long periods of denial.

As such, 2020 will remain the annus horribilis par excellence.

Yet I see this year that is coming to a close as one in which new fields of the possible have been opened up, in which the world has become more digital, opening the way to other ways of relating to others, making — for this reason but also through an ever more active solidarity — the feeling of belonging to a global community more present. Many areas of human activity have been forced to reinvent themselves, including that of education, which is dear to us since it is the one that has made us past pupils and students of Jesuit schools. Essential functions of our societies such as work, transportation, commerce or culture are being called into question and forced to be creative and one day in their history they will be able to speak of a before and after 2020.

As such, 2020 will remain the annus mirabilis par excellence.

The spectacle of the crib is still as fascinating and surprising as ever, showing the innocence of a child whose birth is always a miracle. That of the Child Jesus is moving, because it brings together in the same admiration poor and rich, people from here and elsewhere, as symbolized so well by the shepherds and the Magi. It announces the coming of a new world.

If we are made in the image of the Father and his Son, whose birth we celebrate, perhaps this Christmas, so special to us, is a new birth, a rebirth?

Guided by the star that shines in the firmament of our consciousness, we can make 2021 the year of a new birth for each one of us, the year of a rebirth for our shaken humanity. This is my wish to you and your loved ones, to all Jesuit alumni and to all women and men of good will.