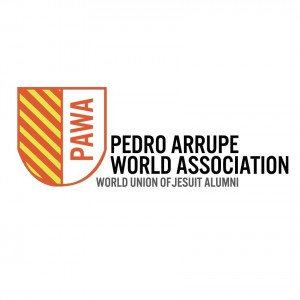 As you know, February 5th of each year is the date chosen for the launch of the “Dollar Arrupe” (or “Euro Arrupe” in Europe) campaign, by the Pedro Arrupe World Association, the “social arm” of the World Union.

On February 5th, 2021, the anniversary of Father Arrupe’s death, it will therefore launch its 20th campaign.

A summary of our activity in 2020 : as you may have read in our press release of June 2020 on the World Union website, 2020 was marked by the dramatic financial situation of the Lebanese Catholic schools, due, in particular, to the difficulties of the Lebanese State in paying each year the subsidies it had to pay to some of these schools (the so-called semi-free ones), and the situation of confinement of the Lebanese population during the coronavirus pandemic, exacerbating the financial difficulties of poor and increasingly impoverished families to pay school fees.

After coming into contact with the Provincial of the Near East region, the Pedro Arrupe World Association therefore decided to give priority support to three Jesuit schools located in the Bekaa (in Taanayel (complementary and secondary school with 320 pupils), Djita (300 pupils) and Taalabaya (730 pupils) (both from primary schools), faced with many challenges, especially financial ones because they work for children from poor families, who can no longer afford to pay the fees tuition (in 2019, unpaid tuition represented nearly € 130,000).

Following the appeal launched to former students of the Jesuit College Saint Louis de Gonzague in Paris, which has a long tradition of welcoming young Lebanese students, the Association was able to send in July and October 2020 to the Jesuit director of these three schools nearly 35,000 euros. Small drop of water certainly, in the face of the challenges currently facing these three schools, but which is largely justified by the words of this director:

“These schools, very old in the Lebanese context, provide a service to a local population that is often disadvantaged and easily exposed to various radicalisms. The Jesuits seek – through the educational mission in these establishments – to ensure for such a population the best possible education for their children, and, thus, to allow the inhabitants of the region to live and work together, whatever their religion. each other. The main goal is to walk together, Christians and Muslims, for a little more peace and justice …”

You also know that on August 4, the city of Beirut was shaken by a deadly explosion, which occurred in its port, and which left many victims and injured, especially among the families of students and the staff of the University Saint-Joseph and the Hôtel-Dieu de France, under the supervision of the Jesuits. At the end of August, the Pedro Arrupe World Association decided to send to the director of these two institutions an emergency aid of 5,000 euros as an immediate demonstration of compassion and solidarity.

For 2021, Lebanon should remain the priority of the Pedro Arrupe World Association. So important are the challenges to be taken up in this “message country” (to use the expression of John Paul II) for a peaceful coexistence between religions, as well as the educational challenges to be taken up by Catholic teaching for the construction of a world of peace and justice in this part of the world.

Bank details of the Pedro Arrupe World Association where you can send your donations for the cause of Jesuit education in Lebanon or any other supported humanitarian cause,

are now the following :

We hope to see more and more of you supporting our modest but active association, which has launched, since 1986, when it was created, more than fifty programs on all continents.

Many thanks in advance!

Former president of the French Federation of Jesuit Alumni