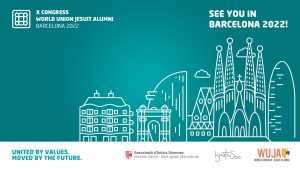 Fransisco Guarner is chairman of the organising committee of the 10th WUJA Congress, which will be held from 13th to 17th July in Barcelona. Francisco is an alumnus of College Sarriá San Ignacio, Barcelona and of ESADE University Business School  and he’s active at all levels of the international movement of Jesuit Alumni (local association, Spanish federation, European Confederation, world union). A few weeks before the opening of the Congress, we asked him a couple of questions about this major event. 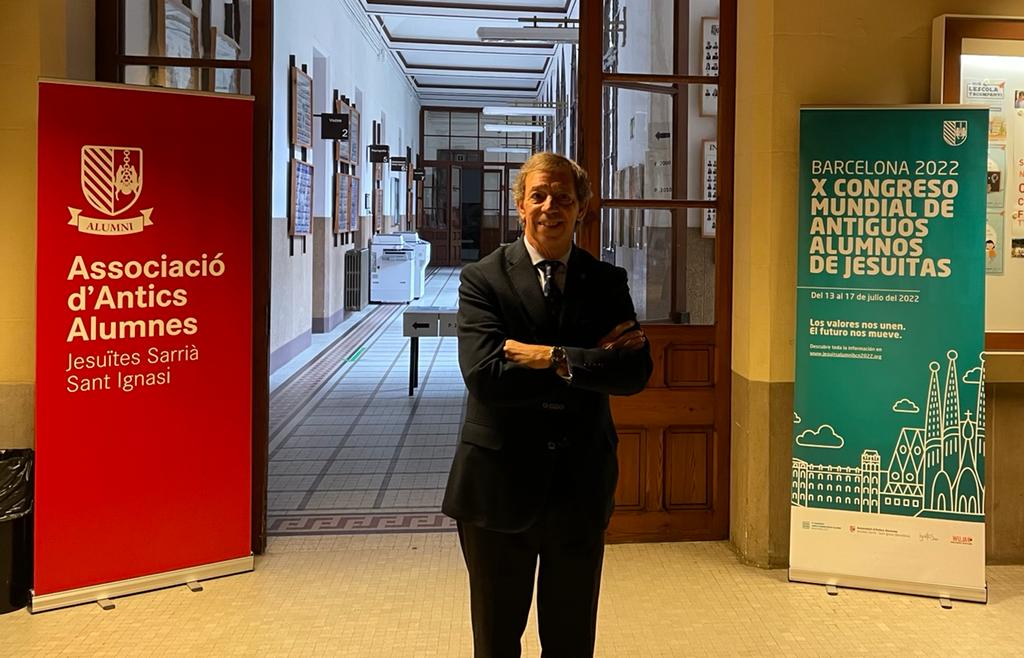 Francisco Guarner in the corridors of College Sarriá San Ignacio

– The Barcelona Congress should have been held in July 2021. However, it will be held in 2022 because of the pandemic and, moreover, in an international context shaken by the Russian invasion of Ukraine. What do you think now that the Congress is finally approaching?

The closeness of the celebration gives me a great feeling of joy at the fact that we can feel together again and can meet each other, but at the same time a feeling of sadness flies over us when we see some peoples confronted with others and this therefore revives once again the feeling of solidarity and fraternity we felt emerging in us in the times of the pandemic.

– What is the status of registrations for the congress? Does it meet the expectations of the organising committee?

We are currently very satisfied with the pace and level of registration and despite the global uncertainties in which we are immersed. Today the participation is high with 30 % of international attendees, 20 % European and 50 % Spanish. Of all of them together with volunteers, young people account for 40 %, which I would like to point out.

– What do you think will be the main attractions of the Barcelona Congress?

To be able to debate under the guidance of experts, academics and the Society of Jesus in an open, multicultural, and diverse way, the great problems of our time: migrants and their forced migration in many regions of the world, religions as meeting points between peoples, technology and social innovation as elements of social transformation, the role and value of women in different countries in today’s society and the promotion of ecology and environment in our common future.

– Can you present in a nutshell the different structures involved in the organisation of the Congress?

The Congress, as for its organisation and management, is structured in four areas of action — themes and speakers, communication and dissemination, finance and control and logistics and execution. From the beginning we structured it in essence under a first axis being a message of framing according to the ‘Ignatian mark’ by Father General, followed by the management of its diagnosis by the keynote speakers. Another axis is the debate and the contribution by the participants themselves in the subsequent workshops and their conclusion, under the direction and leadership of rapporteurs and moderators, to be transformed into a “Plan of Action” that must take us to the next steps of our performance as Alumni.

– What are the results that must be achieved if the Congress is to be a success?

The fruit and true meaning of the Congress will be the realisation of the motto of our congress: “values unite us, the future moves us” and come to that action plan and put it in motion with the means of our own professions, the levers of transformation of education and through networking and the help of communities as points of union of our service of others.

– How do you see the global movement of the World Union: is it dynamic enough? What could/should be improved?

The evolution of the organisations comes from their dynamics, and we have the great message that Ignacio de Loyola left us “in everything to love and serve” and it is from that legacy that we, in a simple and daily way, can and must move forward to expand and strengthen our sense of collective action.

– You are a candidate for the presidency of the World Union, what are your main projects?

In the World Union, I think about sharing experiences, being able to unite and involve the different associations, platforms, and continents, being able to work as a team as we today have the tools to network, supporting decisively and giving way to young people, thinking and helping those who do not have or have less, ultimately closely communicating in an open and periodical way among ourselves.

– Since you are very active in the structures of alumni locally, nationally, continentally and globally, what would you say to alumni to motivate them to participate as well?

My words would be very simple “feel the illusion and enthusiasm to share”, to share life, to be close to the next and to accept, want and help as much as we can in our lives. 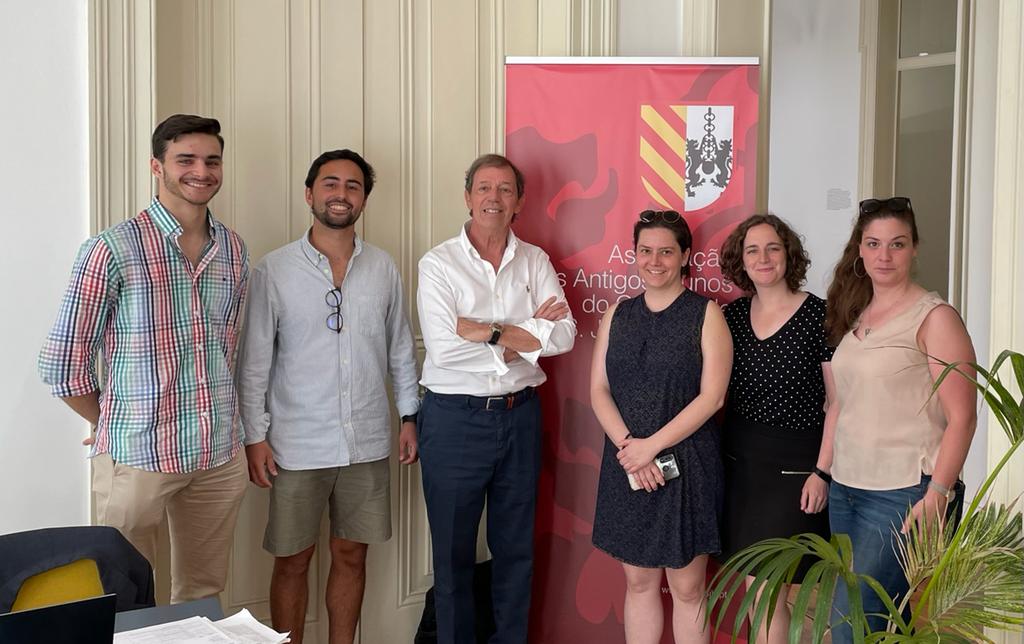