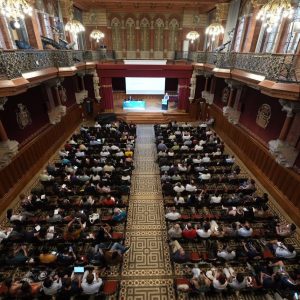 The Congress of the World Union of Jesuit Alumni meeting in Barcelona, Spain, at Saint Ignasi College, from 13 to 17 July 2022

Recognises the richness of the contribution of the large group of young participants who wish to join this international network, which they make their own. Also recognises that there is still much work to be done to integrate so many young people who leave Jesuit educational institutions.

Urges the World Union Council to find ways of organising the time between Congresses to allow local associations and the World Union itself to reach their networking potential, so that “the giant awakens”. Recommends in this regard that some sort of follow-up model be used, which leads to a process rather than a new structure. Recommends to use the working method of the international network of Jesuit schools (Educate Magis) and the communication platform it has set up.

Recognises that the great possibilities for collaboration and work among alumni derive from the strength of the local associations of each educational institution and, at the same time, from the sense of belonging to a wider identity.  Also encourages all local associations and national federations to welcome in groups of various kinds alumni from other Jesuit institutions around the world who, for personal or professional reasons, are in their geographical area.

Believes that the dynamic of work in the creation of an effective international network comes more from the initiatives of associations or groups of alumni at the local level that federate at the grassroots level around common projects than from instructions that come from the top (“Grass root movement”).

Confirms, in line with the first Universal Apostolic Preference, that the best tool for personal and community transformation remains the Spiritual Exercises and encourages all former students to experience them in all their forms.

Encourages the continuation of the Barcelona 2022 spirit of contemplation of reality, rigorous reflection in prayer and discernment leading to commitment.

Thanks Father General Arturo Sosa SJ for his presence at the Congress and for his enthusiastic, demanding and inspiring message, and assures him of his support in carrying out his mission and of his availability for any task he would like to entrust to the former students.

Assures Francis, Bishop of Rome, of his affection and support for his efforts to reform the Church to make it more faithful to the Gospel, in particular

Thanks the organisers of the Congress and all their teams for their rigorous preparation and flawless execution, which contributed to its success, both in terms of content and the atmosphere of fraternity that prevailed.

Thanks Mr. Alain Deneef for his nine years as president of WUJA, during which he faithfully fulfilled the precept of Saint Ignatius “In all Love and Serve”, laid enduring foundations for our world union and marked a course that will be to inspire future generations of graduates of the Society of Jesus. 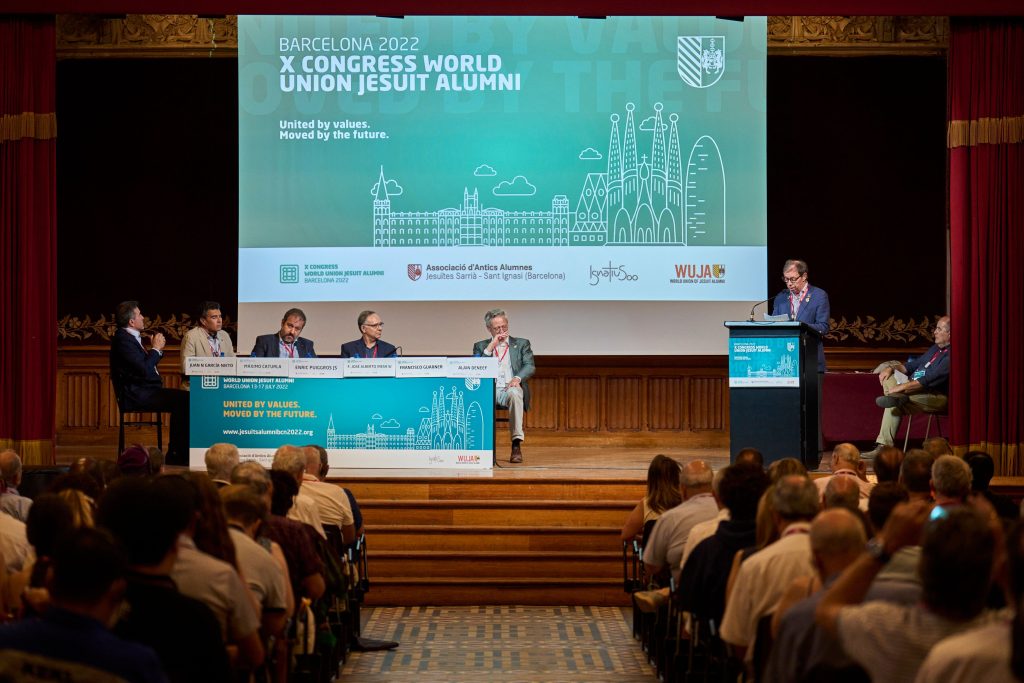